This paper from E-CAM partners working in Scuola Normale Superiore (Pisa, Italy) describes a novel statistical procedure, developed to optimize the parameters of non-bonded force fields of metal ions in soft matter. The paper is open access and can be downloaded directly from ACS’s page at http://pubs.acs.org/doi/10.1021/acs.jctc.7b00779.

This work was performed in the context of the E-CAM pilot project on Quantum Mechanical Parameterisation of Metal Ions in Proteins, which is a collaboration with BiKi Technologies. The list of software modules associated to the pilot project (and this publication) can be found here.

Abstract: A novel statistical procedure has been developed to optimize the parameters of non-bonded force fields of metal ions in soft matter. The criterion for the optimization is the minimization of the deviations from ab initio forces and energies calculated for model systems. The method exploits the combination of the linear ridge regression and the cross-validation techniques with the di˙erential evolution algorithm. Wide freedom in the choice of the functional form of the force fields is allowed since both linear and non-linear parameters can be optimized. In order to maximize the information content of the data employed in the fitting procedure, the composition of the training set is entrusted to a combinatorial optimization algorithm which maximizes the dissimilarity of the included instances. The methodology has been validated using the force field parametrization of five metal ions (Zn2+, Ni2+, Mg2+, Ca2+, and Na+) in water as test cases.

The present module, gen_dipole.f90, is a generalization of the dipole.f90 post-processing utility of DL_MESO_DPD, the Dissipative Particle Dynamics (DPD) code from the DL_MESO package. It processes the trajectory (HISTORY) files to obtain the charge dipole moments of all the (neutral) molecules in the system. It produces files dipole_* containing the time evolution of relevant quantities (see module documentation for more information). In the case of a single molecular species, it also prints to the standard output the Kirkwood number

and the relative electric permittivity

for this species, together with an estimate for their errors (standard error).

The module can be applied to systems including molecules with a generic charge structure, as long as each molecule is neutral (otherwise the charge dipole moment would be frame-dependent).

gen_dipole.f9 is available under BSD license, and is a post-processing utilities to be used with DL_MESO in its last released version, version 2.6 (dating November 2015). They have been developed in the context of the pilot project 1 of WP 4, which concerns the derivation of a realistic polarizable model of water to be used in DPD simulations. This project involves a collaboration between computational scientists (STFC Daresbury), academia (University of Manchester), and industry (Unilever). This and other modules based on DL_MESO_DPD have recently been reported in deliverable D4.2: Meso- and multi-scale modelling E-CAM modules I, available for consultation here.

SQARE (solvers for quantum atomic radial equations) is a library of utilities intended for dealing with functions discretized on radial meshes, wave-equations with spherical symmetry and their corresponding quantum states. The utilities are segregated into three levels: radial grids and functions, ODE solvers, and states.

An event to bring together the quantum information and HPC communities to discuss their specific expertise and outline the bridges that will eventually identify: (1) the future role of quantum technologies in scientific fields where HPC is currently dominant; (2) the use of existing HPC platforms to demonstrate the potentialities of future quantum technologies to simulate materials and biological systems.

E-CAM WP leader Sara Bonella and the industrial partner from IBM, Ivano Tavernelli, are co-organizers of this event.

For more information on this workshops that will take place in ETH Zurich 22-24 August 2017 see here.

The computer simulation of electrons, atoms, molecules, and their assemblies in soft and hard matter is foundational for many scientific disciplines and important commercially. Exascale computing is coming and our community should take part as are our colleagues in lattice gauge theory, climate modeling, cosmology, genomics and other disciplines. END_OF_DOCUMENT_TOKEN_TO_BE_REPLACED

In many countries there is increasing demand for measurable socio-economic impact from academic research. Perhaps the UK is furthest down this path with a significant fraction of the funding for Universities dependent on the ‘Impact’ (defined as impact outside of academia) of the research performed [1]. However much we might wish to ignore this trend, I am convinced that it will only increase, at least over the short to medium term. I also believe that, as a community, END_OF_DOCUMENT_TOKEN_TO_BE_REPLACED

Numerical physics, i.e. numerical calculations serving the needs of traditional theoretical physics, exists at least since the times of Galileo, and probably long before. As Computer Simulation (started with solving problems in Statistical Mechanics), it exists only since the end of the second World War. It is based on the possibility of having computation speeds largely beyond human capabilities, even including speeds reachable by exploiting team work. END_OF_DOCUMENT_TOKEN_TO_BE_REPLACED 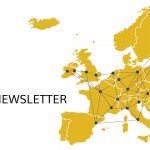 In our fifth newsletter, we highlight the programme of events 2017, and present the profiles of the new Project Technical Manager, Ignacio Pagonabarraga, and the Project Coordinator, Ana Catarina Mendonça. We describe the nature of the E-CAM extended software development workshops and the outputs from these events in 2016, and present a report from the E-CAM second General Assembly. A summary of the deliverables due during period covered by the Newsletter is also presented. An opinion piece by Prof. David Ceperley poses the question “Does our simulation community need EXASCALE?”, and offers his perspective.