A selection of case studies related to E-CAM’s pilot project activities focused on industrially oriented problems are published as short interviews with our postdoctoral researchers working on the related pilot projects.

The development of the GC-AdResS scheme

Abstract
GC-AdResS is a technique that speeds up computations without loss of accuracy for key system  properties by dividing the simulation box into two or more regions having different levels of resolution, for instance a high resolution region where the molecules of the system are treated at an atomistic level of detail, and other regions where molecules are treated at a coarse grained level, and transition regions where a weighted average of the two resolutions is used. The goal of the E-CAM GC-AdResS pilot project was to eliminate the need of a transition region so as to significantly improve  performance, and to allow much greater flexibility. For example, the low resolution region can be a particle reservoir (ranging in detail from coarse grained to ideal gas particles) and a high resolution atomistic region with no transition region, as was needed hitherto. The only requirement is that the two regions can exchange particles, and that a corresponding “thermodynamic” force is computed self-consistently, which it turns out is very simple to implement. 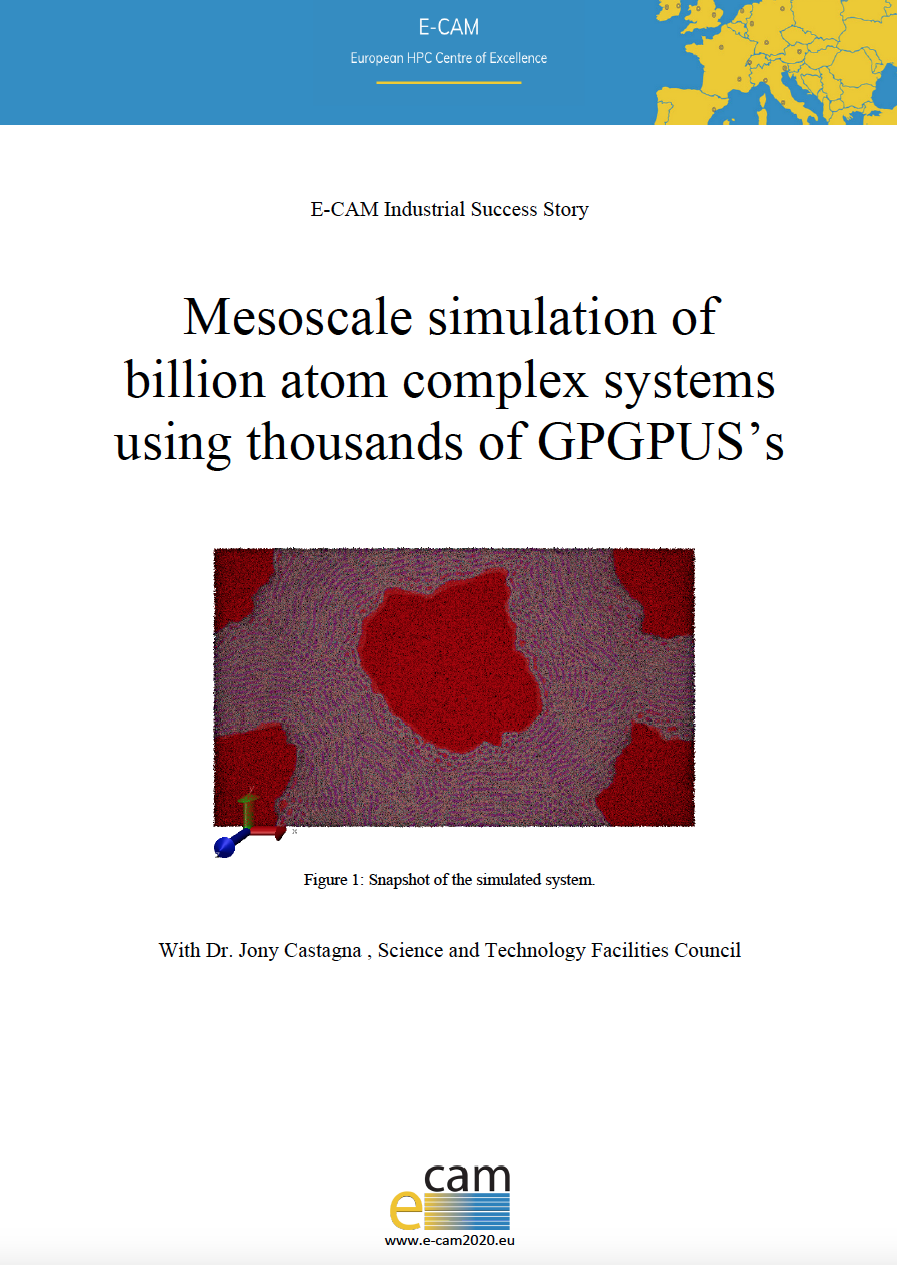 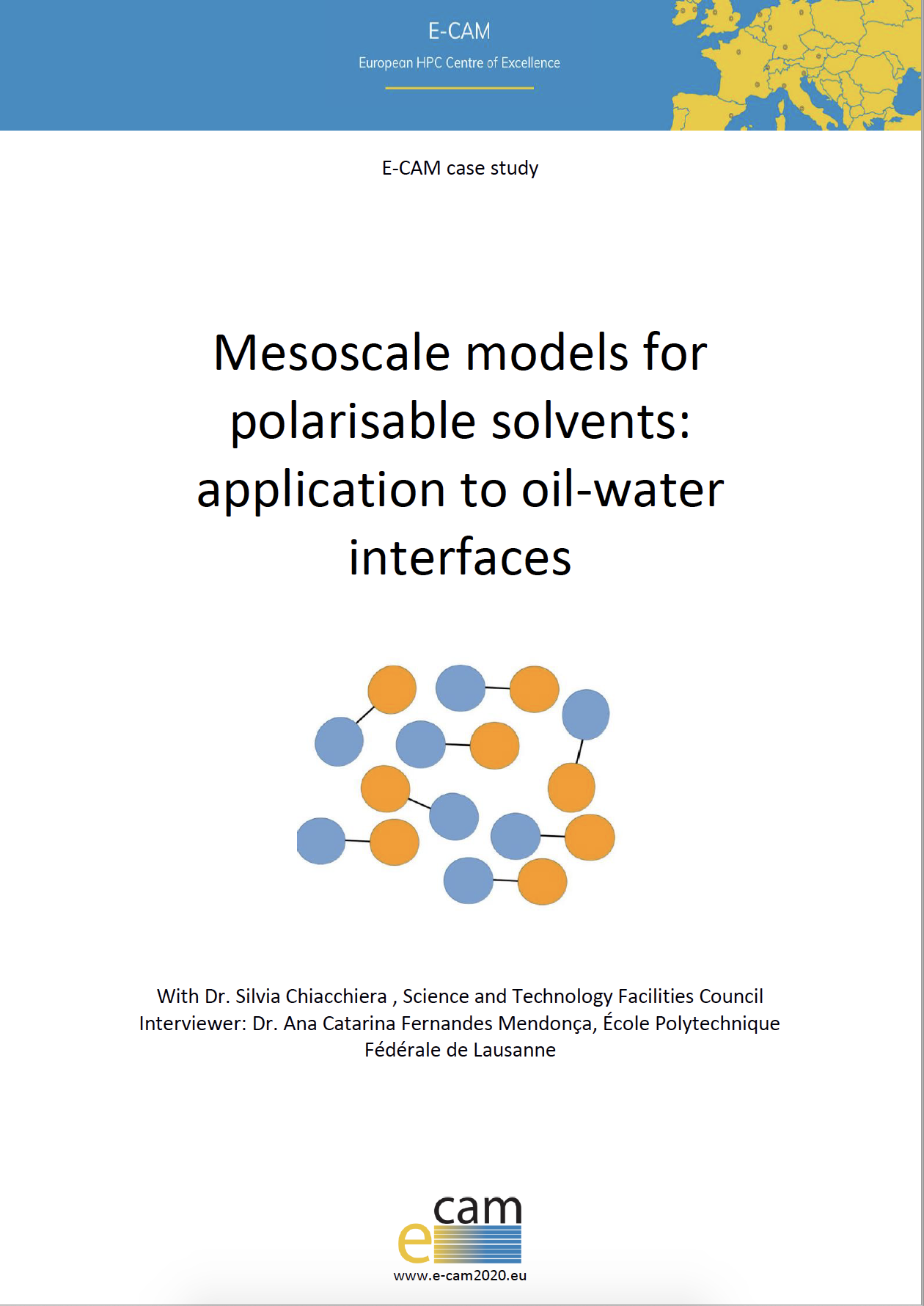 Abstract
Water is a polar liquid and has a dielectric permittivity much higher than typical apolar liquids, such as light oils. This strong dielectric contrast at water-oil interfaces affects electrostatics and is important, for example, to include these effects to describe biomolecular processes and water-oil mixtures involving surfactants, as detergents. In this pilot project, developed in collaboration with Unilever and Manchester University, we have proposed and analysed a class of polarisable solvent models to be used in Dissipative Particle Dynamics (DPD), a coarse-grained particle-based simulation method commonly used in various industrial sectors. Related software modules for the DL_MESO package have also been developed. 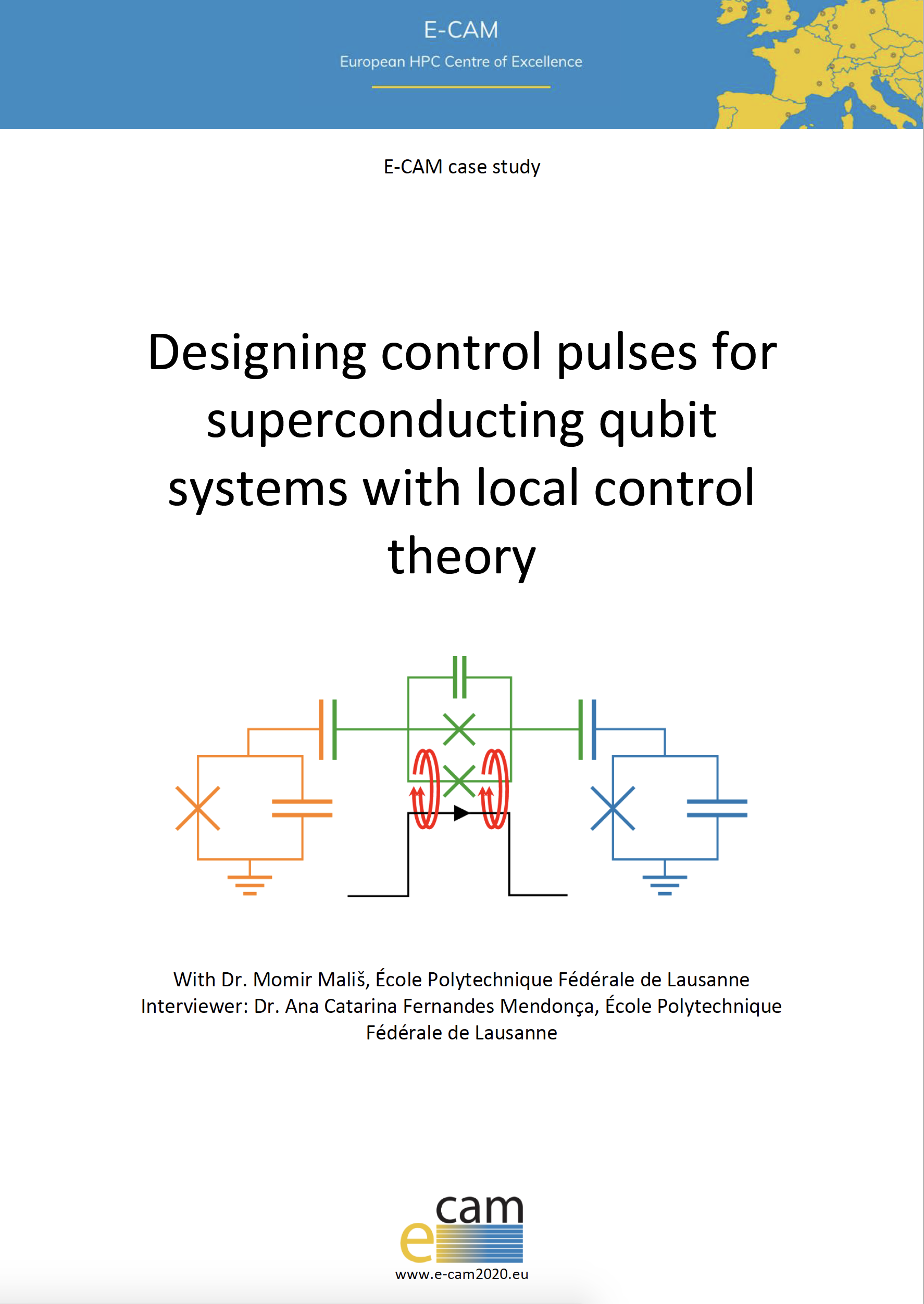 Abstract
A quantum logic gate is one of the key components of the quantum computer, and designing an effective quantum universal gate is one of the major goals in the development of quantum computers. We have developed a software based on local control theory to design efficient state preparation control pulses for universal quantum gates which drive full population transfer between qubit states. 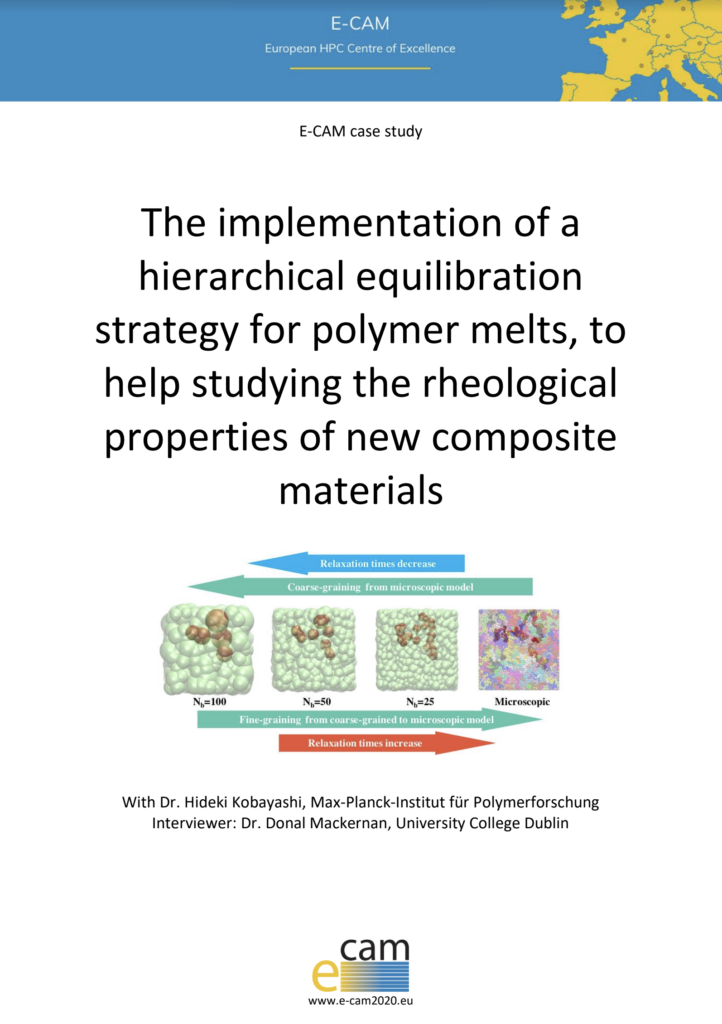 The implementation of a hierarchical equilibration strategy for polymer melts, to help studying the rheological properties of new composite materials

Abstract
The ability to accurately determine and predict properties of newly developed polymer materials is highly important to researchers and industry, but at the same time represents a significant theoretical and computational challenge. We have developed a novel multiscale simulation method based on the hierarchical equilibration strategy, which significantly decreases the equilibrium properties calculation time while satisfying the thermodynamic consistency. A number of E-CAM modules was developed and implemented in he ESPResSo++ software package. 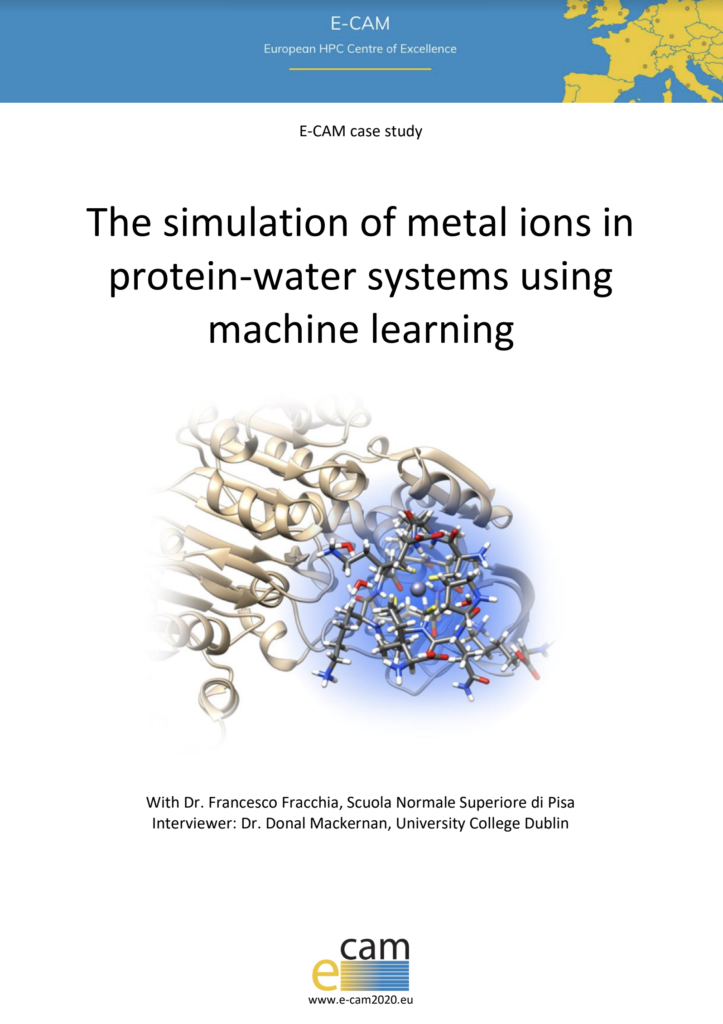 Abstract
One quarter to one third of all proteins require metals to function but the description of metal ions in standard force fields is still quite primitive. In this case study and interview an E-CAM project to develop a suitable parameterisation using machine learning is described. The training scheme combines classical simulation with electronic structure calculations to produce a force field comprising standard classical force fields with additional terms for the metal ion-water and metal ion-protein interactions. The approach allows simulations to run as fast as standard molecular dynamics codes, and is suitable for efficient massive parallelism scale-up.