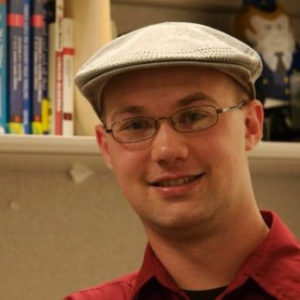 Reversible inhibitors are an important class of drug molecules. The efficacy of reversible inhibitors depends on the equilibrium constant: the inhibitor only inhibits when it is bound to the protein. The dissociation equilibrium constant is the ratio of the "on" and "off" rates, Kd = koff / kon. However, studies comparing different drug molecules for a given target protein or different potential target proteins for a given drug molecule have shown that the equilibrium is primarily controlled by koff: the association rate kon stays mostly constant. As such, unbinding rates are an essential predictor of drug efficacy.

In this collaborative project with BiKi Technologies we will investigate the  binding/unbinding of a selective reversible inhibitor for GSK3B. This inhibitor has been proposed as a potential drug for Alzheimer's Disease. In addition to the specific results from this project and its potential application to Alzheimer's Disease, this project will be an important validation of the developed software modules and will provide crucial feedback for their improvement and tuning. The outcome of the pilot project will consist of improved library routines and a complete case study including documented input and output files.

Description: Contacts between a ligand and a protein are an excellent way to characterize "hotspots" -- states where the ligand stays for a significant amount of time, but not nearly as long as in the final binding pocket. These hotspots are metastable states in path sampling, and should be treated with a multiple state approach. Therefore, attempting to identify those states would be a necessarily preliminary step to prepare the path sampling simulation.

Although this module was inspired by and developed for the needs of this pilot project, the concept of contact maps has much broader applicability than just protein-ligand binding. The same principles apply to other binding processes, such as protein-protein aggregation or DNA-protein binding, as well as to many questions about large scale conformational changes in biomolecules, such as protein folding. The contact maps module developed here is usable for all these applications.

Full documentation is at http://contact-map.readthedocs.io/.

Description: The contact map module provides information about instantaneous contacts, as well as about average contacts over a full trajectory. However, this is not sufficient to identify metastable states. Instantaneous contacts could be spurious: unless the ligand stays in contact for a while, the contact isn't a metastable state. Average contacts can also be misleading. For example, a set of contacts that are present for 50 ns of a 200 ns trajectory is only present 1/4 the time, but probably represents a metastable state (on the timescale of tens of nanoseconds, at least). In addition, if the last 10 ns of a 200 ns trajectory form a given set of contacts, even though this is only 5% of the trajectory it should be explored as a potential state, because the trajectory might continue in that condition for a long time.

So not only is knowledge of the contacts needed, but also knowledge of their distribution in time. This module extends the capabilities of the contact maps module, both with additions to the contact maps package and with the development of an additional package, which specializes in tools for ligand-protein binding. This module represents the development of new analysis techniques, as well as the code to implement those techniques.