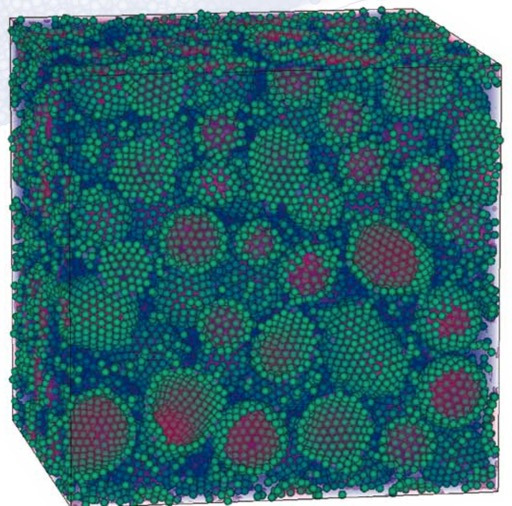 The general topic of the event is computational methods to study multiphase flows [1,2]. Such methods are applied in very different disciplines, such as statistical physics, materials science, applied mathematics, and engineering, with applications ranging from geophysical to micro scales. Examples include volcano eruptions, oil recovery, and the dynamics of droplets on structured surfaces (“lotus effect”). The computational approaches to tackle these problems are as disparate as the phenomena themselves and the corresponding scientific communities, which rarely communicate amongst each other. The purpose of this school and workshop is to bring these various practitioners together for a fruitful exchange with the aim of improving the methodological toolbox which is still facing significant problems.

From the computational point of view, three major approaches (which shall all be covered) are commonly used: (i) sharp interface methods that keep track of the interface position [3]; (ii) smeared interface methods, which again may be subdivided into level set approaches [4-6] and methods based upon a Cahn-Hilliard free energy, or similar (to be discussed in the next paragraph) and finally (iii) methods which average over several phases being present in one volume element [7-9].

Concerning Cahn-Hilliard based approaches and similar, a whole plethora of methods has been developed. In metallurgy and other branches of materials science, phase-field models are fairly popular and have been particularly successful in the prediction of solid structures and their dynamic formation [10-15]. For fluid systems, the usual approach has been standard Computational Fluid Dynamics, based upon Finite Elements / Finite Differences / Finite Volume discretizations. These have recently been generalized to also include thermal fluctuations [16], which are typically needed for modeling phenomenena in the soft-matter domain, i.e. the micro- and nanoscale. Instead of using an Eulerian grid, an alternative discretization of the Navier-Stokes equations is also possible in terms of Lagrangian particles; this is the so-called Smoothed Particle Hydrodynamics (SPH) method, which has been used for macroscale multiphase flows for quite a while [17,18]. An exciting recent development has generalized SPH to also include thermal fluctuations [20,21], which was subsequently combined with the multiphase methodology [22,23].

A substantial body of work is based on the Lattice Boltzmann method [24]. While the original version was for an ideal gas on the macroscale, it has been generalized to include thermal fluctuations [25] and also multiphase flows, where typically the Shan-Chen model [26], the Swift-Yeomans model [27,28], or variants thereof [29,30] are being used. Thermal fluctuations have been included as well [31]. Quite successful applications include spinodal decomposition [32], Pickering emulsions [33-35], and flow of droplets past structured surfaces [36]. The Lattice Boltzmann method is particularly well-suited for modern parallel computer architectures and hence considerations of computational efficiency have played an important role in the literature [37,38].

A problem that has so far not been solved fully satisfactorily is the appearance of so-called “spurious currents” at an interface, which are a mere discretization artifact. Though also present in standard grid-based CFD calculations [39], they seem to have mainly been discussed in the Lattice Boltzmann literature [40-42]. An important goal of the event will be to critically discuss such artifacts, as well as issues of thermodynamic consistency. This will be targeted at (i) avenues toward systematic understanding, reduction and ultimate elimination of such undesired effects, but also at (ii) the more pragmatic question of how far these issues matter in practical applications.